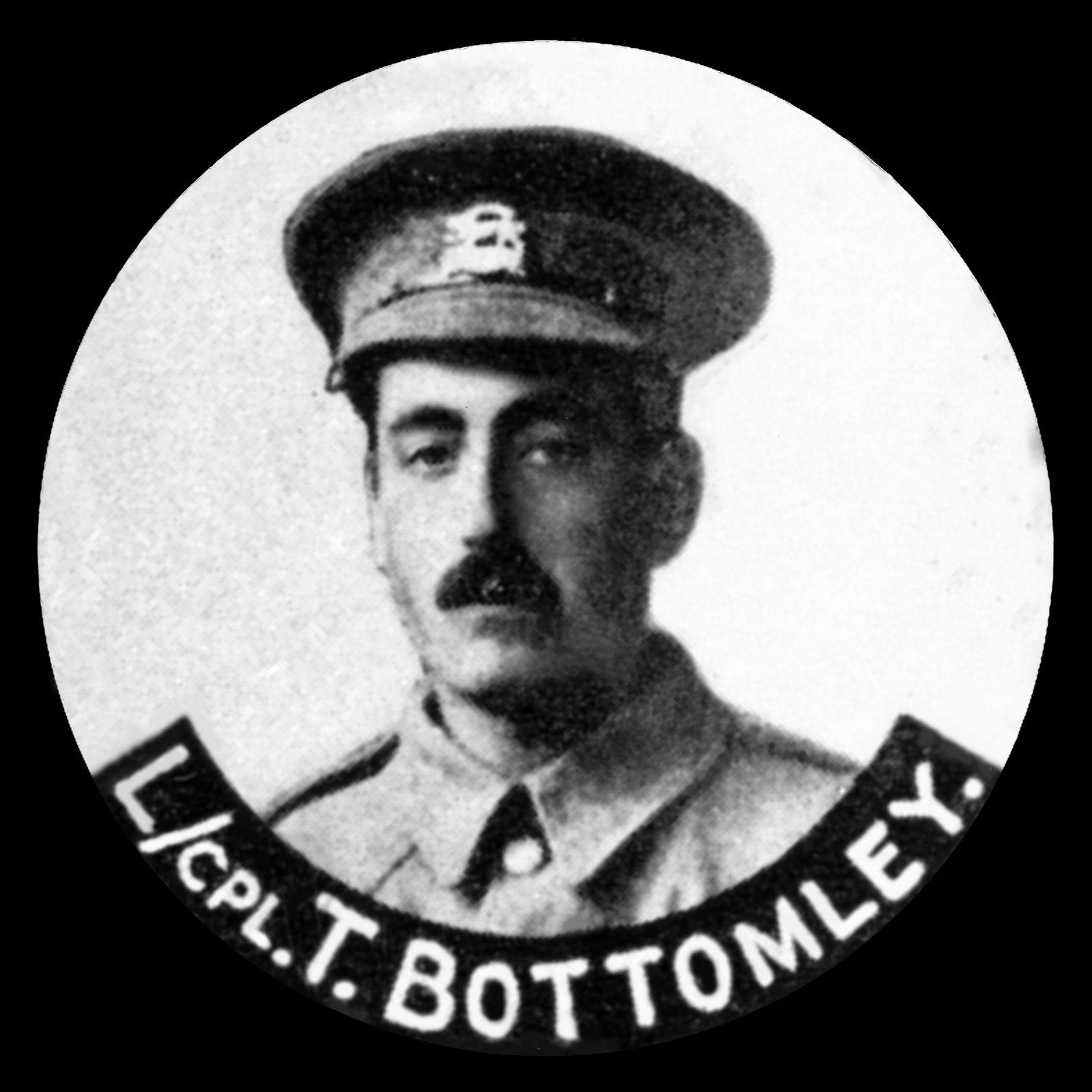 Lance Corporal Thomas Bottomley, his brother Edward and his cousin Joseph Sullivan, who lived next door in Exton, were all killed in the First World War. Thomas was the elder son of John and Annie Bottomley who lived at 71, Stamford End. He was a farm worker before joining up on 19 June 1915 with the 6th Battalion Leicestershire Regiment. He went to the Western Front on 14 July 1915 and he served there until he was killed in action in September 1916 during the Battle of the Somme. His battalion was occupying the newly captured village of Gueudecourt. On 29 September, the 6th Leicestershires were replaced by the 7th Battalion. The war diary states: "A certain number of casualties were caused to both Battns by enemy's bombardment of the village and its approaches." Thomas has no known grave and is remembered on Pier 3A of the Thiepval Memorial and on the war memorial in Exton.